How to make welding safer with advanced technology

The causes, and incremental effects, created by multitude of health concerns associated with the welding profession can be invisible, and as such there is a tendency to ignore and minimise the impact these have for the welders on the front line[1]. However as the welding population continues to age, and the significant impact of these risks becomes apparent, it is essential that fabricators take the appropriate steps to ensure short and long-term welder safety.

Whilst modern safety initiatives have certainly improved the conditions that welders are exposed to, and work in, there are still a variety of primary concerns that are prevalent within the industry which need to be addressed in order to ensure long term welder health. These include (but are not limited to) exposure to:

To ensure the long term health and safety of welders, it is paramount that fabricators consider how revolutionary automation technologies such as K-TIG, can assist in reducing exposure to unsafe working conditions and create safer operating procedures for their teams.

The range of short and long-term health concerns caused by exposure to welding fumes have been well documented. Despite this it is a challenging health risk to address because the toxic fumes are a result of the rapid condensation of vaporised metal in the air, an inherent part of the welding process.

The health impacts resulting from exposure to welding fumes include, but are not limited to:

Mitigating the risk of Welding Fume Exposure with K-TIG

Weld Australia, the peak representative body for the welding industry in Australia recommends the following in relation to reducing the risks associated with welding fume exposure:

95% of welding fume is generated by filler metal and the flux coating or core of consumable electrodes alone and as such, to ensure the risk of exposure is minimised it is essential to consider how automation technologies, such as K-TIG, can assist in creating safer working environments for welders.

A typical K-TIG weld is performed in a single full-penetration pass using no (or very little) wire, and in addition the electrodes supplied with the K-TIG system aren’t consumed by the weld pool, and thus have an exceptionally long lifespan - 5 electrodes last most fabricators 6 months. K-TIG’s high speed precision technology welds up to 100 times faster than traditional TIG welding, and the design of the K-TIG system eliminates complexity and allows operators to weld by simply selecting welding routines via a touch screen.

So not only does the K-TIG system reduce the fume generating consumables from the process, it completes it markedly faster and removes the welder from the immediate welding proximity, adhering to, and exceeding the recommendations of Weld Australia.

The effects of UVR on skin are cumulative and damage occurs even without the appearance of visible burning. Ultraviolet Radiation (UVR) is classified into three categories:

Whilst members of the general population are exposed to UVR everyday, the welding process generates an intense light which exposes welders to the additional UVR, UVC, thus increasing their exposure rates. There are a range of short and long-term health concerns caused by exposure to welding UVR which include:

Mitigating the risk of UVR Exposure with K-TIG

Given welders are exposed to UVA, UVB and UVC, at significantly higher frequencies than the general population, it is essential to implement strategies that will reduce the immediate and long term health effects of exposure. This can be as simple as removing welders from the weld vicinity.

At the heart of the K-TIG system is a cloud enabled multi-processor controller and communications platform which allows welders operating K-TIG to work outside the immediate vicinity of the weld, thus creating sufficient distance between the welder and the weldment allowing the most damaging UVR to disperse prior to reaching the welder. In addition, the weld pool camera included within the K-TIG system means the welder can operate and monitor the weld via a screen and is never required to look directly into the arc. 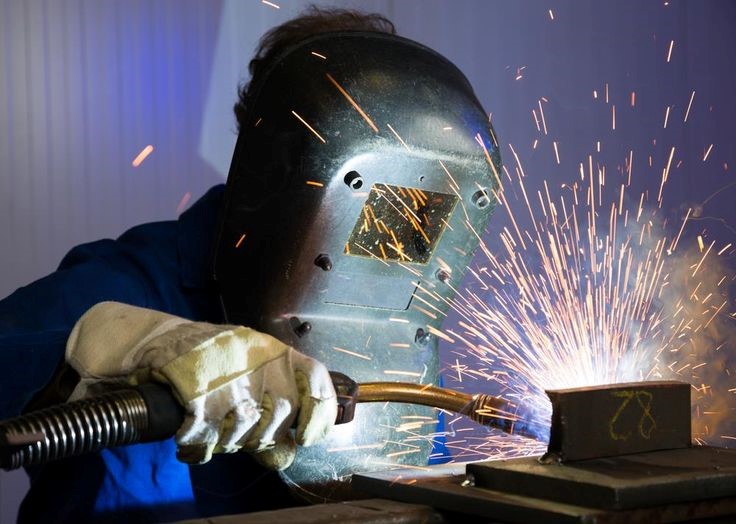 Heat is a fundamental, and unavoidable, component of the welding process, however it poses a significant threat to welder safety. The heat produced during the welding process generates a number of environmental and health risks which need to be considered:

Mitigating the risk of Heat with K-TIG

Whilst it is not possible to remove heat from the welding process all together, there are certainly ways in which its impact on welders can be limited. Primarily, by reducing a welder's exposure to high heat inputs and increasing distances between welders and welding zones, the risks associated with heat exposure are significantly minimised.

Although currents are higher with K-TIG welding, the very high speed of the process combined with its deeper penetration that allows for fewer passes, results in moderate heat inputs which are well within normal ranges. Combine these heat inputs with the distance K-TIG creates between the welder and the welding zone, and heat becomes a non-issue for the K-TIG equipped welder.

A rarely discussed, yet significant, health risk for welders is the metal dust generated by grinding and edge bevelling. Exposure to grinding particles has been linked to the presence of metal dust in the lung tissue and an increased risk of a variety of illnesses including:

When dust particles are inhaled, not only can they cause scar tissue within the lung and be absorbed into the bloodstream (increasing the risk of chronic lung disease), but they can also develop carcinogenic properties which can result in cancer of the lung, prostate, liver, kidney or even brain. 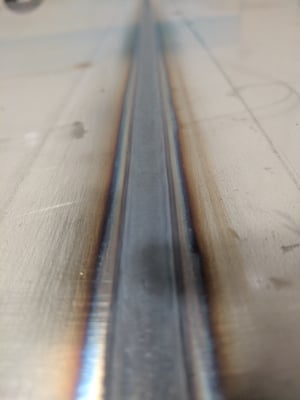 Mitigating the risk of Metal Dust exposure with K-TIG

The health impacts associated with exposure to metal dust are significant and as such minimising welder exposure should be an essential part of health and safety guidelines for any fabricator. In order to reduce exposure it is important to consider alternative preparation strategies and the quality of finishes.

K-TIG virtually eliminates the need for post weld grinding due to its consistently high-quality finish and requirement of only a square butt preparation. The sophistication and automation of the welding process using K-TIG results in significant reductions in grinding requirements, and thus dust generation rates.

By integrating automation technologies, such as K-TIG into the welding process, not only can metal dust generation rates be monumentally decreased, and welder health improved, but excellent quality welds can be achieved faster and cheaper.

A staggering 88% of welders will experience musculoskeletal complaints[3]. Conventional welding demands operators to squat, lift, grip and remain crouched or conduct work in an overhead position for extended periods of time.

Not only do these overhead and awkward positions, increase the likelihood of injury, but they result in welders developing:

Mitigating the risk of unergonomic working conditions with K-TIG

To ensure the long term viability of welding as a profession it is imperative that ergonomic procedures are developed and implemented on all fabrication sites.

K-TIG makes the delivery of ergonomic working conditions simple by enabling operators to monitor and adjust weld parameters using the state-of-the-art controller and remote pendant, from a comfortable and ergonomic position. In addition, K-TIG weld times are dramatically faster than traditional methods, freeing up operators, enabling them to perform a greater variety of duties, in a greater variety of working positions. 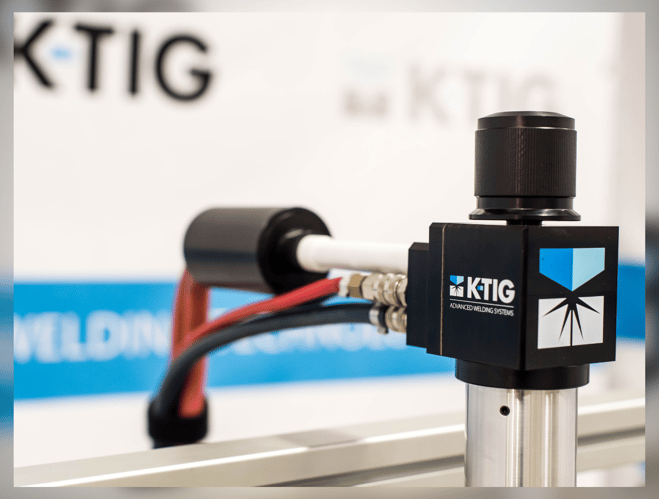 K-TIG isn’t just about giving welders the tools to complete better and more efficient work, it’s about minimising and removing dangers that should not be present in a modern workplace. Not only does K-TIG's revolutionary welding technology make welding more efficient, it also makes welding a far safer profession, augments and improves the role of the welder and reduces the tedium and danger of conventional welding processes, unlocking a safer and better future.

Contact the team at K-TIG for more information on making the switch.

[3] Journal of Preventative Epidemiology, 2017, Evaluation of occupational injuries among welders in Northwest Iran.

How does K-TIG compare?

Unlike plasma arc welding, there is only one welding gas and no orifice, making the process exceptionally robust and welding procedures highly repeatable in a wide range of materials, thicknesses and applications.